are known for a lot of things. They are known for their fierce temperament, quick wits, razor-sharp claws, and wit to match. However, there are also a lot of other things they are not known for, like their balls. In fact, most individuals probably don’t even know that roosters have balls. With that said,

Roosters have testicles, just like other male mammals. However, their anatomy is quite different, so you can’t see them. Even though they are not visible, roosters do have balls.

[Related Article: Why Do Roosters Crow At Night] 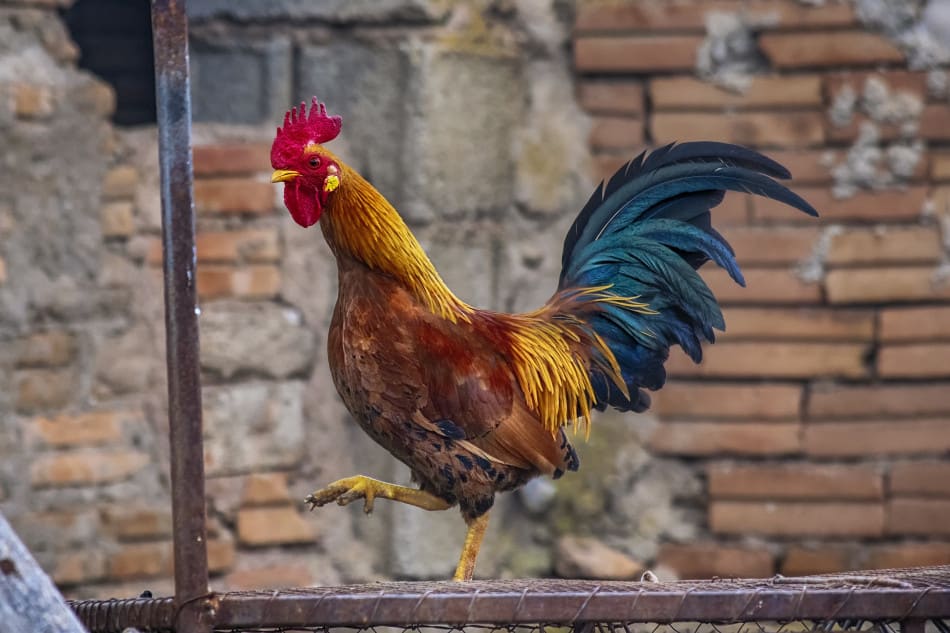 You might even be shocked to learn that rooster balls or chicken balls are considered somewhat of a delicacy in the Chinese regions. This isn’t so as much true for North American regions, but in China, they are known to improve the skin tone of women while enhancing the prowess of the male.

You’ll rarely find these items included in any Northern American cuisine, but you’ll find them in abundance in areas like China and Japan. In China, they come available in both pink and black.

The only problem is that the black ones are extremely rare, as they come from the black fleshed silkie chicken and are still somewhat of a specialty animal in the region. Simply put, black rooster balls will not be available everywhere you go.

The Texture, Casing, And Flavor Profile

When you think of rooster balls, you should think of something like little sausages, cashews, or peanuts. This is what they look like once the outer layer is removed. The casing, on the other hand, contains flesh with an appearance that is similar to that of tofu.

The same could be said about the texture as well. It is extremely similar to that of tofu. That aside, these items are very tender even when lightly cooked, and this is just one of the many reasons they are preferred. When barley cooked, they’ll be ever so tender with a little liquid in the center.

It is almost like biting into a caramel-filled candy that slashes caramel all in your mouth. People that are somewhat inexperienced with rooster balls might prefer to have them cooked a little longer.

Doing so will provide a firmer texture, but still similar to that of tofu. Either way, you’ll find that they taste like tofu as well with overtones of chicken liver. The flavor profile could overall be described as mild, and it is just the thought that turns most people off.

You get passed the thought of what you are eating, and you’ll likely have an innocuous snack that is more than pleasing to the palette.

Most people don’t know that roosters or male chickens have balls because they simply can’t see them. You can go looking for them and still won’t find them. This is because they are actually located on the inside of the rooster, along the spine.

In the same exact location on the female birds, you’ll find the ovaries.

As you can see, there is a lot more to the rooster than one might imagine. Not only are they make effective mates, but they’ll make effective protectors as well. Many people like to let their chickens free roam or free-range.

There is nothing wrong with this, but it does open them up to more threats. Threats of coyotes and foxes as well as other predators. Well, not if the male is around. Roosters have big balls, literally and figuratively.

READ  Why Do Roosters Crow At Night: [Explained]

They’ll take on just about any animal or any size to keep their hens an offspring safe, as they want to live on through their offspring. They see mating and raising a family as their life goal and they take it very seriously as well.